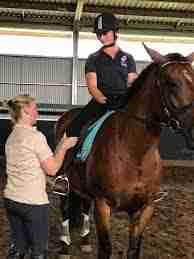 Today, considerably fewer people grow up with the horse as part of their daily lives and have limited knowledge of western saddle fitting problems. Many of today’s horse owners do not have a family tradition of handed-down wisdom. This lack of natural horsemanship training has led to an increase in the number of horses that are managed by inexperienced owners. Welfare problems generally occur due to horse owner mismanagement as a result of ignorance rather than intentional abuse. However, ignorance of good practice is as just as likely to create welfare concerns as deliberate malpractice. It is, therefore, important that professional equine industry practitioners should identify opportunities to educate their clientele as part of their service. Saddle fitters are uniquely positioned to play a pivotal role as key educators.

Problems due to poor saddle fit, associated back problems and loss of performance in the horse are unfortunately widely documented. Although saddle fit problems have long been recognized as an important clinical performance-impairing problem in the equine athlete, methods for the objective evaluation of saddle fit and investigations of the influences of ill-fitting saddles are lacking. A great deal of money is spent trying to define poor equine performance, but the effects of the saddle are frequently overlooked. The vast majority of saddles are not optimally adjusted for the horse on which they are used; the frequent use of saddles unsuitable for a given animal seems to indicate the rider’s lack of attention to this crucial area. The saddle fitter can help to improve this situation by raising awareness of the issues and discussing the current principles of good practice with their clients.

The effects of movements of the saddle and of the rider are undoubted of great importance to the way in which the horse moves and performs but remain poorly understood. Saddles don’t “move with the horse” when ridden, but instead, create complex torque patterns that are instigated by the movements of both horse and rider. Although a saddle may have a relatively small weight or mass, the combined torque applied to it by both rider and horse can create a very large effect, which has yet to be measured. An ill-fitting saddle disturbs horse/rider communication, which impairs the ability of the horse to move in a regular, consistent pattern. In forcing the horse to search for a more comfortable movement pattern, motion instability is further increased. An ill-fitting saddle, therefore, has the potential to make even a skilled rider appear uncoordinated, presenting a further challenge to the saddle fitter.

The weight ratio between horse and rider is an important consideration, but currently, there are no reliable, evidence-based guidelines to assist the saddle fitter in the assessment of appropriate loading. Increased rider weight increases the risks associated with poor saddle fit. Rider weight compresses the saddle onto the back, which may alter the saddle balance. The same saddle may be used by different riders with a wide range of weights, so the saddle fitter should always check the circumstances under which the saddle is to be used. Saddle fit under different weight ratios should be reviewed and temporary balance pads may be required to support the saddle and provide sufficient lift. Communication between the saddle fitter and the horse owner is of particular importance in these circumstances.

Recent studies have shown that a disturbingly high proportion (75%) of horses that were in normal work and believed to be sound by their owners were, in fact, lame. Horse owners were found to be able to recognize lameness in only 11% of cases and sore backs in only 4%of cases, thus providing further evidence that horse owners and riders need expert assistance with the early detection of musculoskeletal injury. A saddle fitter who trains to recognize gait irregularities could contribute greatly to the prevention of the vicious cycle of lameness, back pain and saddle fit issues.

Rider asymmetries are common; several studies have recorded asymmetric posture in 100%of the riders that they evaluated. Rider asymmetry may be caused by gait asymmetry or a crooked saddle – or it can be a contributory factor to the asymmetry conundrum, therefore it is important that the saddle fitter should also have analytical skills in rider performance.

When saddles move asymmetrically, the rider tends to “collapse” to the opposite side, e.g.when viewed from behind, if the saddle moves to the right, the rider’s seat slides to the right and the spine flexes to the left. It has been shown that asymmetric saddle movement is often an indication of hind limb lameness, occurs most commonly towards the lame side, increases in circles compared with straight lines but is not related to the degree of lameness. In some cases, the saddle moves one way on one rein and the opposite way on the opposite rein as the lameness alters in severity with the changes of direction. The rider can also affect the extent of lameness according to which diagonal they select in rising trot. This highlights the importance of viewing the horse, saddle and rider from behind, from both directions and at all gaits during saddle fitting evaluations.

Riders are often unaware of the presence of asymmetry in the saddle or how to carry out simple, routine checks for this, providing another valuable opportunity for the saddle fitter to teach basic principles of good practice. A study of saddle asymmetry showed that 45% had asymmetric panels and that all of those were in use on horses that were assessed as lame. Although there is anecdotal evidence of its occurrence, further work is necessary in order to ascertain how the repeated asymmetric movement of the horse may create asymmetry in the saddle by “self-moulding” it to accommodate the shape and movement of the individual horse and whether or not interventions should be carried out to resolve this. An asymmetric“self-moulded” panel may be more comfortable for the individual horse and changing the status quo could result in a less comfortable fit for the horse. However, the potential deleterious effect on the back health of the rider caused by an asymmetric saddle must also be taken into consideration by the saddle fitter.

Changes in back dimensions occur throughout the year. Recent studies have shown that the presence of gait or back asymmetry can reduce back dimensions. Improved saddle fit, similarly increased work intensity, season (summer versus winter) and increased body weight can increase back dimensions. Saddle fit should, therefore, be professionally reviewed several times a year, ideally at least every 3 months, but especially if there has been a change in work intensity. The back dimensions of horses working correctly increase transiently with work. However, back width only increases with good saddle fit; if a saddle does not fit properly before exercise, this increase in size does not occur. It is important therefore that saddle fit should be assessed both before and after exercise to ensure the correct fit.

The use of an electronic force sensor placed beneath the saddle is a popular technique for measuring force applied to the horse’s back; however,used in isolation it is insufficient to accurately assess saddle performance and may lead to false conclusions.Force sensors register only force that is applied perpendicular to their surface, therefore the shear component escapes detection, resulting in under-estimation, particularly where saddle exhibit considerable movement or where horses have steeply contoured back shapes.If the sensor indicates asymmetric loading, it cannot identify whether the source of the asymmetry lies in the crookedness of the rider, poor saddle fit or lameness of the horse.

Although the dissemination of research is critical to the raising of industry standards, there is a gap where key messages are not always translated into practice. An additional problem is that industry standards do not yet exist in many crucial areas, making it difficult to advise on many aspects of current practice. The saddle fitter, therefore, has a crucial role to play in communicating with other professional practitioners, thereby creating a feedback loop that will help educate their valuable clients – the horses and riders that rely on them. Exercise’s Effects on Horses’ Back Dimensions and Saddle Fit

If you’re a runner, you’ve probably noticed that after a 45-minute jog your calf muscles seem a bit swollen or enlarged. They are responding to post-training fluid shifts, fiber hypertrophy (thickening), and the general strain of exercise. Horses’ muscles, particularly along the back, respond to exercise in the same way. Have you ever thought about what effect this might have on your saddle’s fit as your horse works? Western Saddle Slipping Sideways Sue Dyson & Line Greve Is your saddle persistently slipping to one side? The tendency for a saddle to persistently slip to one side is a well-recognized problem in horses. It can occur for a variety of reasons, including asymmetry in the shape of the horse’s back, riders sitting crookedly and ill-fitting… 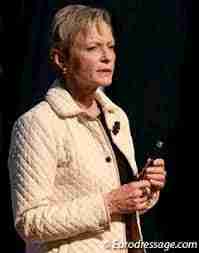 By Christa Lesté-Lasserre, MA It’s the equine back that might seem most essential to the rider. It’s where we put all our weight, where we place our ffavourite(and most expensive) riding gear, where we connect—directly, physically—with our mount, and where we communicate with subtle cues. But for all its importance, equine researchers say the equine back… Kissing Spines in Horses: More Than Back Pain Find out how veterinarians diagnose and treat this complex condition. Dr Jackie Hill If you’ve ever managed a horse with back pain, then you’ve probably heard the term kissing spines floated around. But what exactly are kissing spines, and what does it mean if your horse is… Dr. Kerry Ridgway  Dr. Kerry Ridgway had, in the last three years, been working both as a veterinary clinician and as an educator, regarding laterality expressed as the“crooked horse syndrome.” Through client and horseman education, it was his goal to prevent and avoid so very many of the musculoskeletal problems that he encountered day in and day out….

By Alexandra Beckstett, The Horse Managing Editor  If you’re a runner, you’ve probably noticed that after a 45-minute jog your calf muscles seem a bit swollen or enlarged. They are responding to post-training fluid shifts, fibre hypertrophy (thickening), and the general strain of exercise. Horses’ muscles, particularly along the back, respond to exercise in the…