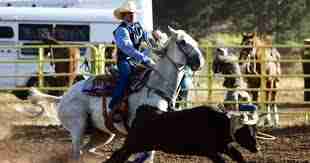 New Mexico State University Study revealed Ill-fitting saddles can cause training and behaviour problems as well as unsoundness in the horse’s back. While many riders are aware of the importance of saddle fit, no scientific evaluation of western saddle fit had been published until recently. The New Mexico State University National Agri-Marketing Club released the results of its study on the fit of roping and barrel saddles, and the findings show that a large percentage of riders do not have properly-fitting saddles.

The researchers collected data from 200 roping and barrel racing horse-and-saddle combinations. Using a Force Sensory Array (FSA) mat underneath the horse’s regular saddle and pad, they measured pressure at 304 points across each horse’s back. Any point at the saddle bars or spinal processes that showed more than 3.6psi (pounds per square inch) of pressure was considered poor fit for the purposes of the study. The figure of 3.6psi was selected because previous studies had shown that as the point where blood flow could be compromised, leading to potential tissue damage.

In addition to pressure points, the researchers also looked for signs of bridging, or a gap in contact between the front and back of the saddle. A saddle with proper fit would be characterized as one with fairly consistent contact from end to end with no excessive pressure points.

In the sample of roping saddles, 41.3% showed saddle bar pressure higher than 3.6psi. 26.9% showed spinal process pressure in the harmful levels. Fit problems were far more likely to occur at the front of the saddle, with 93% of poorly fitting saddles showing pressure points at the pommel. Nearly three-quarters of those saddles showed more pressure on the left side than the right.

Bridging was also found to be an issue with 84.6% of the roping saddles.

93.9% of the sample population of barrel saddles showing some bridging. The researchers did not offer to reason for why bridging would be more common in barrel saddles than roping.

The researchers found a correlation between pad thickness and poor fit. Riders who used thicker pads were actually more likely to have fit problems, where each inch of pad thickness increased the likelihood of poor fit by 23.3%. Researchers cite the so-called “pad paradox” as the reasoning for this. The theory behind the pad paradox is that riders incorrectly believe a thicker pad will be more comfortable for their horse, while in reality, a thick pad lifts the front and rear of the saddle by different amounts because the bar angles are different on the front and back. This variation contributes to the problem of bridging.

The weight of the rider affected the fit of roping saddles. Riders in the roping saddle study ranged from 125 lbs to 250 lbs with a mean weight of 170.8. Researchers found that each additional pound of weight increased the probability of poor fit by 0.5%. The same issue was not found in barrel saddles. The weight issue comes into play when bridging is also an issue, and bridging is far more common in roping than barrel saddles. The researchers theorize that solving the bridging problem would also alleviate problems caused by rider weight, except in extreme cases. WHAT CAUSES SADDLE SLIP The saddle rolling off to one side is called saddle slip and is usually blamed on poor saddle fit, crooked riders or asymmetry of the horse. Research has demonstrated that slight… DVD featuring Dr. Joanna Robson Too often people don’t recognize horses in Pain. Short and choppy strides, loss of topline muscle, bulging shoulders, hollow-back – these are all symptoms of a horse in pain. “Stall Rest and… 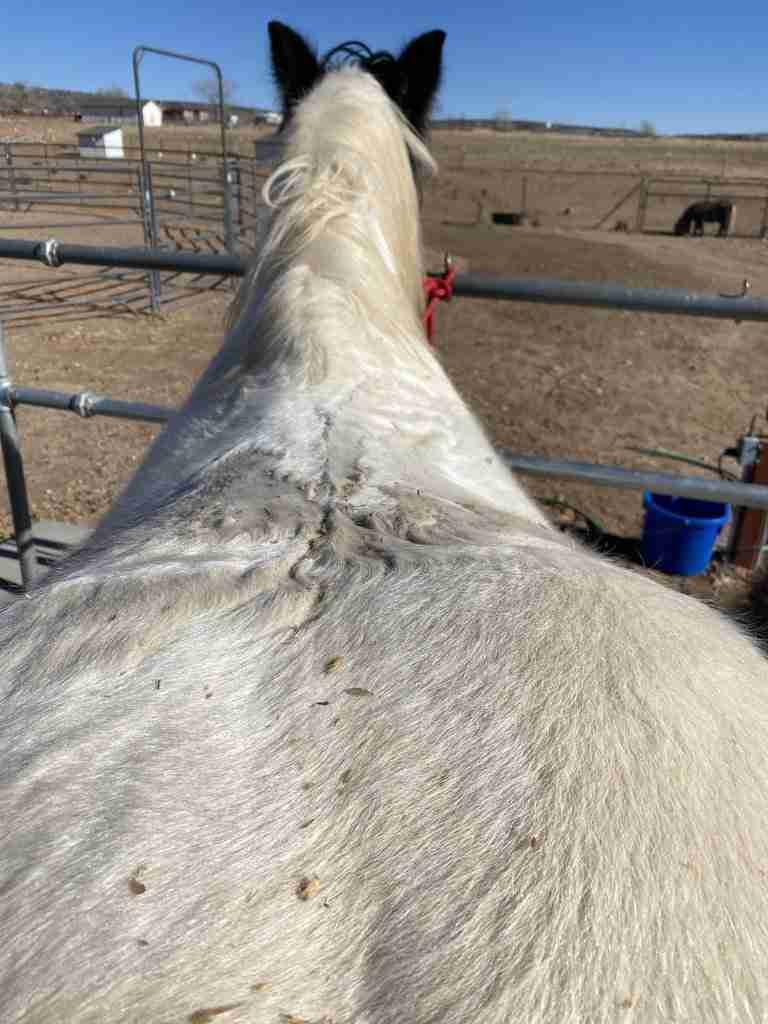 A lot of horse owners think their horse is very unusual, when in fact this is becoming more common to have trouble finding saddles for the hard-to-fit horse. They have gone from shop to shop… ADJUSTABLE WESTERN SADDLE FIT We are all taught to make sure we ride with the correct length of stirrups. Stirrups that are too long or too short could mean we can’t effectively balance and use our legs.