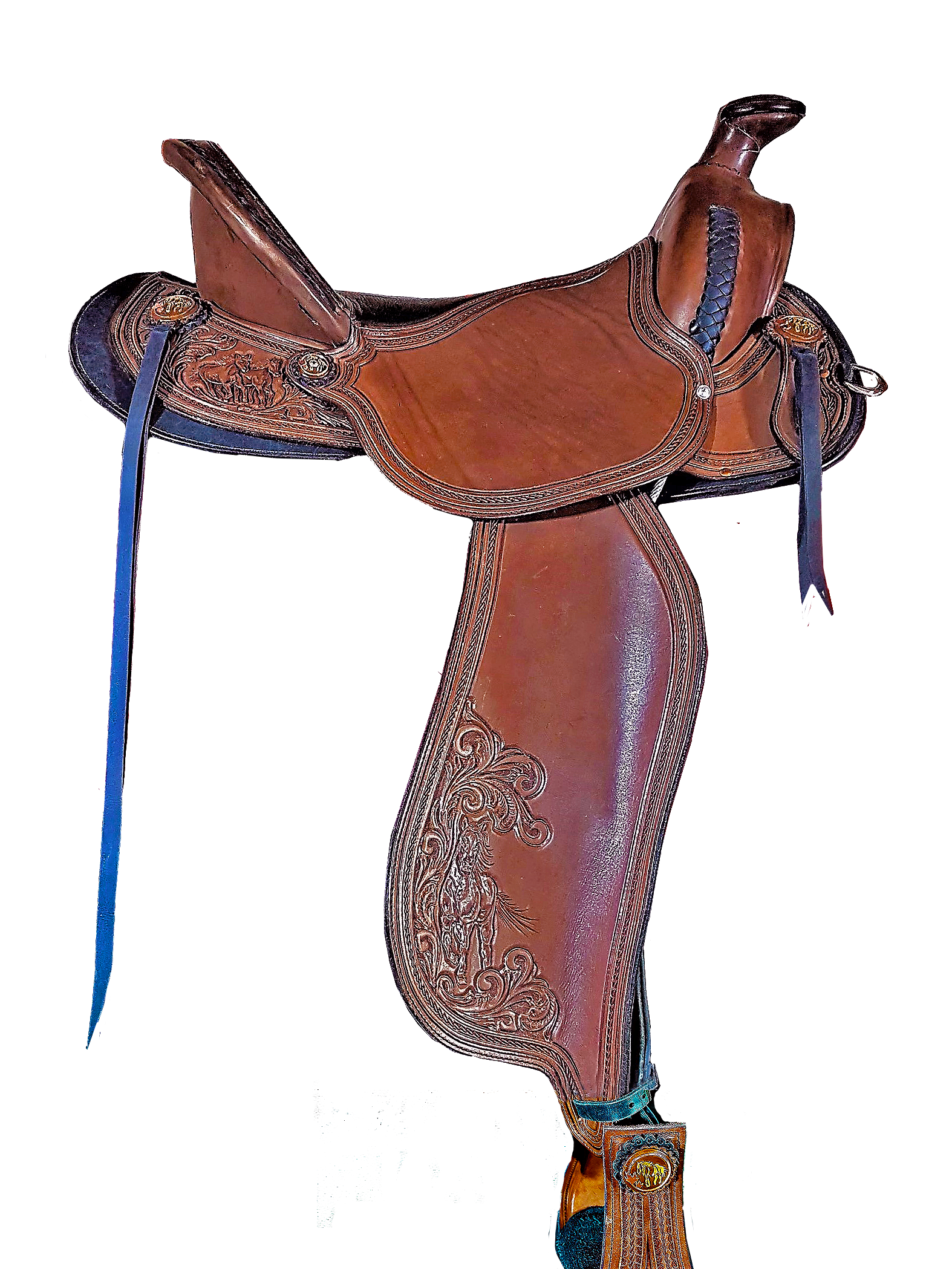 THE DIFFERENCE BETWEEN THE FEMALE AND MALE PELVIS

So why are there not more ladies western saddles?

The recognition of this fact was actually documented in one of the first articles on this topic, appearing in Equus magazine in 1989, written by Dr. Deb Bennett, Ph.D., entitled “Who’s built best to ride?” In it, she states “The greatest horse cultures that the world has ever known, including the Comanches, Sioux and Crow… traditionally built different types of saddles for men and women. The different saddle designs reflected…the consistent differences in bony anatomy which exist between men and women.”

I researched the male and women pelvic systems and how they can be affected when riding. The anatomy of a woman including their lower back, pelvis and thighs are constructed differently to a man. Men and women will tend to have different physical difficulties when learning to ride, and it follows that riding techniques which work for men don’t always work for women; sometimes causing discomfort and harming women in certain areas.

The hip sockets, lower back and seat bones of male and females function differently in the saddle. A man’s anatomical construction makes sitting trot and sitting canter easier for him than for a female rider. So since the majority of saddles are “male” saddles, it then seems that women are at a disadvantage only due to their own physical attributes and by the features that need to be available that aren’t in a stock standard model of a saddle.

One question I get from clients is, ‘If all of this is true then why can top female riders have the ability to win GOLD in a saddle built for men?” My answer to this is, riders who are at that top level of competing can compensate these features with their talent.

When it comes to the position of the rider, it is easier for a man to rest the inner surface of his thigh flat against the saddle since the hip sockets face more to the front than in women. Women’s thighbones tend to slant in from hips to knees. In a saddle built for women, the stirrup bars need to be placed differently to a saddle built for a man.

The first female-friendly saddle, there are now many saddle models out in the marketplace, however not only do you need the correct saddle for the rider but you also need a saddle that FITS and can be adjusted with competency, knowledge and experience in saddle fitting and saddle manufacturing. WHAT CAUSES SADDLE SLIP The relationship of lameness, saddle slip and back shape in the general horse population The cause of a saddle slipping to one side is called saddle slip. Saddle slip is usually blamed on poor saddle fit, crooked riders or asymmetry in the shape of the horse’s back, but we recently demonstrated… Correct Western Riding Body Position It seems everywhere you look people are talking about the beneﬁts of achieving and maintaining a neutral spinal alignment. Most exercise regimens, including pilates and rehabilitation programs, encourage working with the spine in a neutral position. It is very important to work in a neutral spine position because: the natural…